The danger of the textile industry to the environment 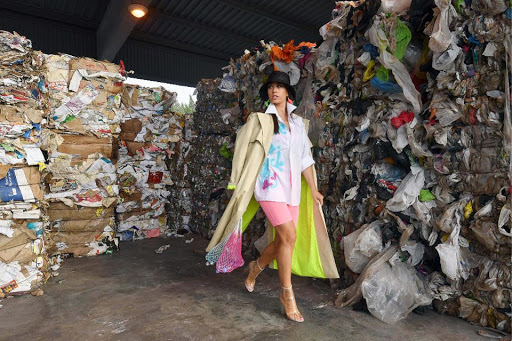 The textile industry has been condemned as being one of the world’s worst offenders in terms of pollution. Traditionally produced fabrics contain residuals of chemicals used during their Manufacture – chemicals that evaporate into the air we breathe or are absorbed through our skin. Some of the chemicals are carcinogenic or may cause harm to children even before birth while others may trigger allergic reactions in some people. Cotton is the second-most damaging agricultural crop in the world; 25 percent of all Pesticides used globally are put on cotton crops. Majority of the cotton is irrigated and the combination of chemical application (through pesticides and fertilizers) with irrigation is a direct conduit for toxic chemicals to circulate in groundwater worldwide. There are two main types of fibers used to make materials – natural and synthetic.

And variety of other chemically produced fabrics. Natural Fibers because of their origin are bio degradable and harmless to the environment, on the condition they are processed without the use of chemicals. Organic Farming is a costly affair as it involves more care and no use of artificial means to cultivate the crops, the produce too is low as compared to commercial farming, and hence organically grown fibers are expensive.

The Textile Industry involves lot of processes right from the cultivation of the fibers to the final stage of fabric. The Spinning, Weaving and the Processing industry churns out lot of harmful wastes hampering our environment.

A few examples for you:

Washing contributes a considerable amount of environmental impacts to a garment, especially those that require detergents and hot water or dry cleaning. It is important to consider how the garment will be worn and washed because this will contribute to the likely impacts during the garment’s life. Some fabrics require less detergents and can be cleaned in cold water so will have relatively reduced impacts, assuming all else is equal.

The textile industry has been condemned as being one of the worlds worst offenders in terms of pollution because it requires a great amount of two components:

Traditionally produced fabrics contain residuals of chemicals used during their Manufacture – chemicals that evaporate into the air we breathe or are absorbed through our skin. Some of the chemicals are carcinogenic or may cause harm to children even before birth, while others may trigger allergic reactions in some people. Cotton is the second-most damaging agricultural crop in the world; 25 percent of all Pesticides used globally are put on cotton crops. Most cotton is irrigated, and the combination of chemical application (through pesticides and fertilizers) with irrigation is a direct conduit for toxic chemicals to circulate in groundwater worldwide. Dye bath effluents may contain heavy metals, ammonia, alkali salts, toxic solids and large amounts of pigments – many of which are toxic. About 40 percent of globally used colorants contain organically bound chlorine, a known carcinogen .Natural dyes are rarely low-impact, depending on the specific dye and mordant used. Mordants (the substance used to “fix” the color onto the fabric) such as chromium are very toxic and high impact. The large quantities of natural dyestuffs required for dyeing, typically equal to or double that of the fiber’s own weight, make natural dyes prepared from wild plants and lichens very high impact.

There are a variety of production techniques used in the manufacture of fabrics including weaving, spinning, knitting, wet treatment and sewing. Aside from the energy and water used during manufacturing, there are also inevitable waste products produced, such as wastewater that may be contaminated with chemical products. Manufacturers who employ cleaner production or have environmental management certification should be given preference because this will reduce the impacts associated with manufacturing.

The manufacturing process of fabric or even garment has side effects on the environment. Take for example the garment industry which emits lot of heat and carbon which is equally responsible for carbon emissions into the environment and for the ozone depletion. Chemicals used in the industry are harmful and there the factory rules and regulations need to be stricter. The main Mantra to be followed is the three R’s Reduce, Reuse and Recycle.

Wet treatment is the process of de-sizing, pre-washing, mercerizing, bleaching, printing and dying that most fabrics go through. Many of these processes require chemicals and dyes and thus create potentially environmentally hazardous waste products, contribute to climate change and may release Volatile Organic Compounds (VOCs) into the atmosphere. Avoid inks and dyes that contain toxic heavy metals (for example, cadmium and beryllium) and, where possible, preference natural dyes made from plant materials. Also look for dye manufacturers who recycle their waste.

The growth of cotton is divided into two segments i.e. organic and genetically modified. Cotton crop provides livelihood to millions of people but its production is becoming expensive because of high water consumption, use of expensive pesticides, insecticides and fertilizer. Genetically Modified products aim to increase disease resistance and reduce the water required. The organic sector was worth $583 million. Genetically Modified cotton, in 2007, occupied 43% of cotton growing areas. The consumption of energy in form of water and electricity is relatively high, especially in processes like washing, de-sizing, bleaching, rinsing, dyeing, printing, coating and finishing. Processing is time consuming. The major portion of water in textile industry is used for wet processing of textile (70 per cent). Approximately 25 per cent of energy in the total textile production like fiber production, spinning, twisting, weaving, knitting, clothing manufacturing etc. is used in dyeing. About 34 per cent of energy is consumed in spinning, 23 per cent in weaving, 38 per cent in chemical wet processing and five per cent in miscellaneous processes. Power dominates consumption pattern in spinning and weaving, while thermal energy is the major factor for chemical wet processing.

The Wash care labels should be incorporated with utmost care for specific fiber types, to increase the life of the textiles as well as our environment. Consumers too need to be more careful in choosing their garments and at the same time following the right wash and care instructions, as water and other chemicals are needed for laundering.

In today’s fast moving world all is fair in business; however it is time we give it a thought to what is right and wrong, because finally it is we who have to pay the price. God gave us this beautiful nature for our needs but man has used it for his greed.